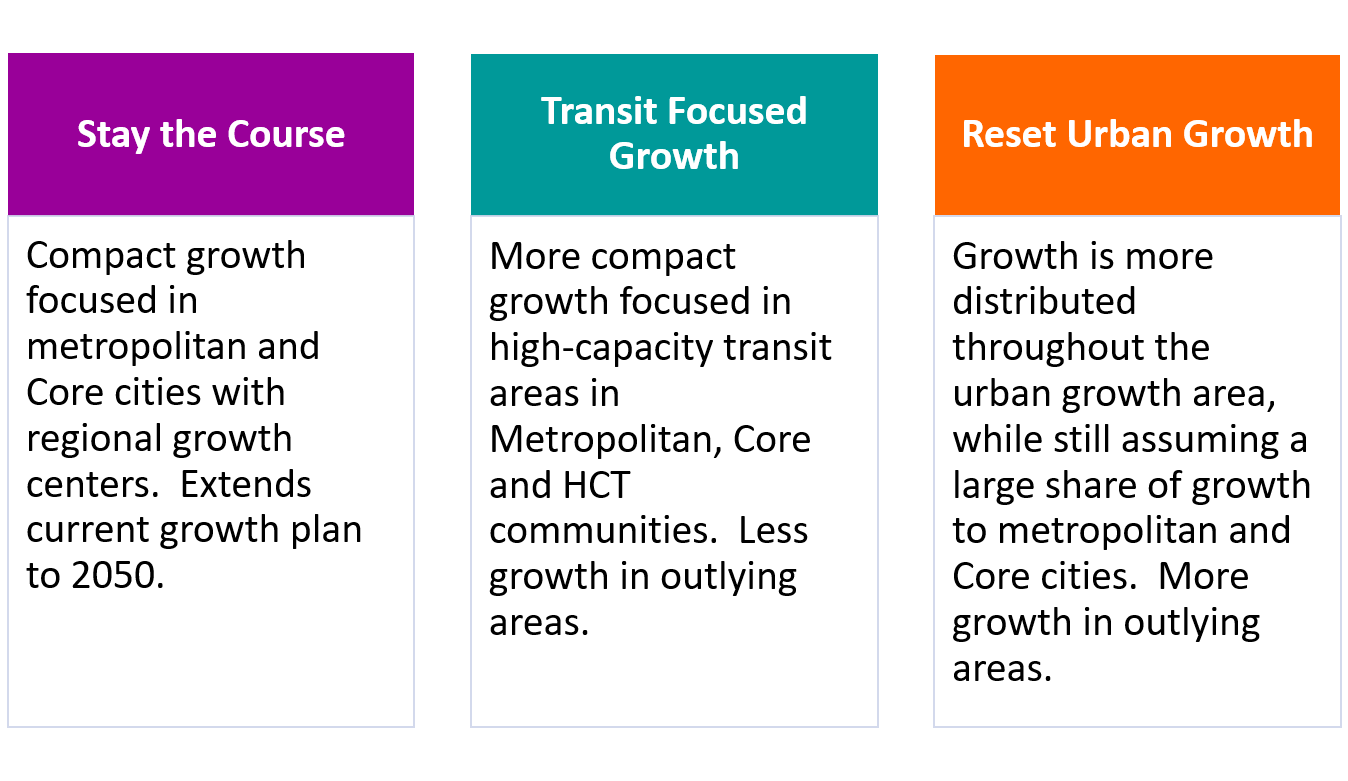 At the heart of VISION 2040 is a shared vision of how and where the region should grow. The Regional Growth Strategy provides a description of a planned physical development pattern that the central Puget Sound region will evolve into over time. The draft SEIS analyzes three distinct alternative patterns of future growth that were developed after a public comment and scoping process, extensive review by PSRC’s Growth Management Policy Board, and input from regional staff and other stakeholders. These three alternatives allow the environmental analysis to consider the effects of extending the current growth strategy to 2050 and the potential effects of changes to that strategy.

Stay the Course (No Action) Alternative

The Stay the Course alternative is a direct extension of the VISION 2040 Regional Growth Strategy and assumes a compact growth pattern, focused in the largest and most transit-connected cities in the region within the region’s 29 designated regional growth centers. This alternative serves as the required no action alternative that must be evaluated in accordance with SEPA.

This alternative continues to direct the largest share of future growth to the region’s five major Metropolitan Cities: Seattle, Bellevue, Everett, Bremerton, and Tacoma. Growth is also focused in the region’s Core Cities—those other cities with regional growth centers that are concentrations of growth and serve as economic and transportation hubs for the region.

The Transit Focused Growth alternative considers a compact growth pattern based on the VISION 2040 Regional Growth Strategy that assumes accelerated growth near the region’s existing and planned transit investments.

The Transit Focused Growth alternative assumes an explicit goal for 75 percent of the region’s population and employment growth to occur within a quarter- to a half-mile from current and planned high-capacity transit station areas, including light rail, bus rapid transit, commuter rail, ferries, and streetcar. This would result in the largest shares of growth to Metropolitan Cities, Core Cities, and HCT Communities.

The Reset Urban Growth alternative shares similarities with actual growth patterns that occurred from 2000 to 2016 and assumes a more dispersed growth pattern throughout the urban area.

The Reset Urban Growth alternative assumes a more distributed pattern throughout the urban area. This alternative would continue to allocate the largest shares of growth to Metropolitan Cities and Core Cities, although the overall growth to these geographies and HCT Communities would be less compared to Stay the Course or Transit Focused Growth.

Comparison of the Alternatives

All alternatives assume the same amount of regional growth in population and employment from 2017 to 2050—1.8 million additional people and 1.2 million additional jobs. As described above, the difference between alternatives is how the growth is allocated among the regional geographies—Metropolitan Cities, Core Cities, HCT Communities, Cities & Towns, Urban Unincorporated, and Rural areas—and among the region’s four counties. This distribution of additional growth throughout the region results in environmental impacts. Some impacts are similar across all alternatives, and some impacts show differences between alternatives. For example, below is a comparison of the impacts of each alternative on transportation. Additional comparison charts are available in the Executive Summary. 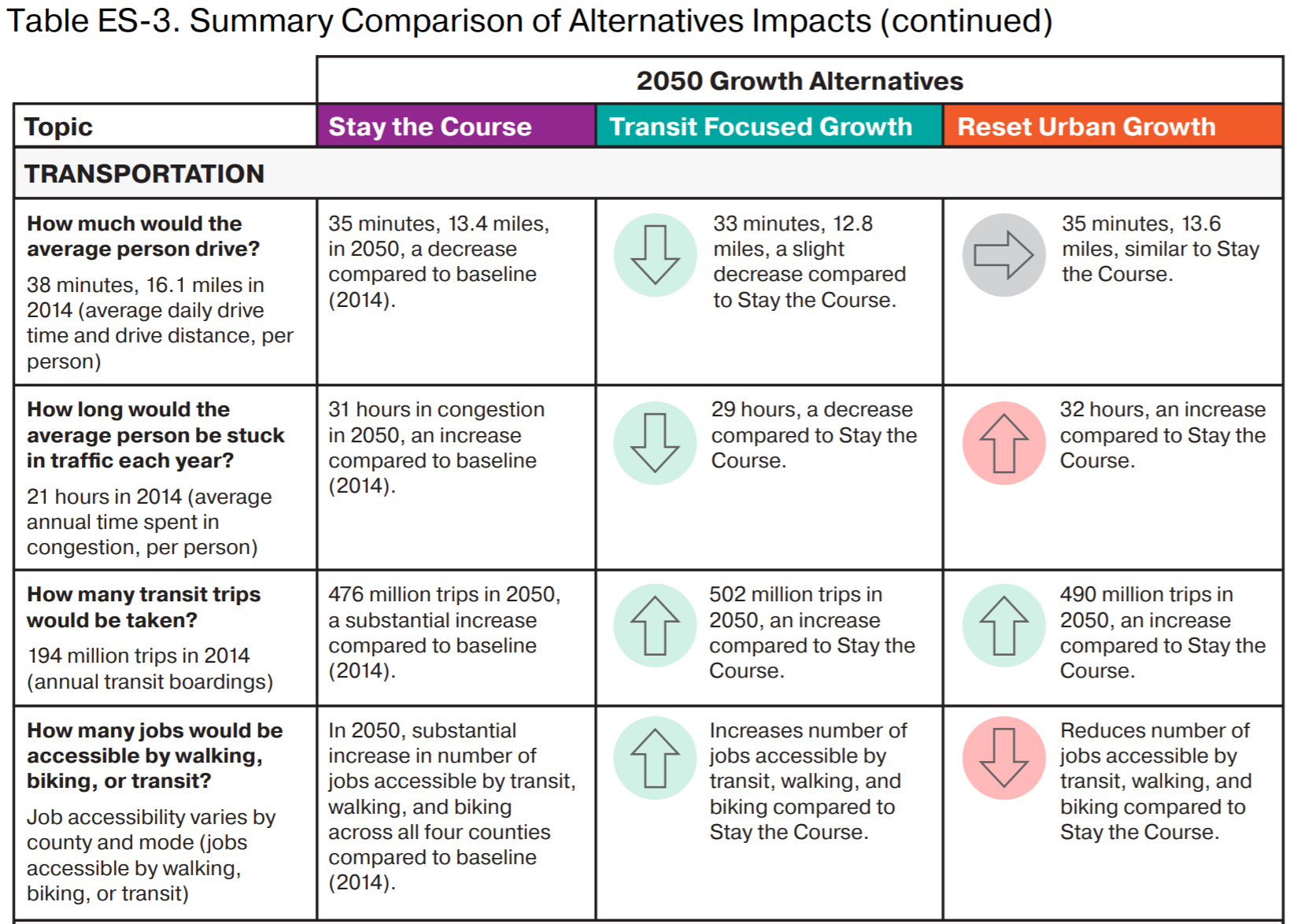 More information on the alternatives is available in Chapter 3 of the Draft SEIS.