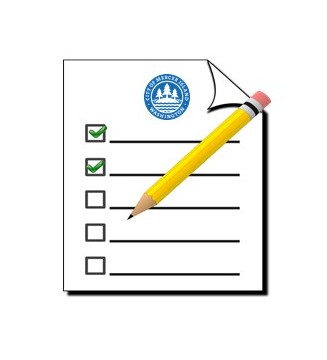 This month, the City Council’s Sustainability Committee met three times to discuss the latest CAP materials, and based on 17 defined goals for greenhouse gas (GHG) reductions, the City’s consulting team generated an extensive list of about 60 DRAFT actions for consideration. These are now posted for public review and comment via our Goals & Actions Feedback Form.

The 60 draft Strategies and Actions (view here) represent the results of extensive research that took into account existing City climate commitments, the City’s updated emissions trajectory, other recent Climate Action Plans on the West Coast, guidance from regional climate plan toolkits, current best practices among sustainability scientists, the professional expertise of the City’s climate consultant, and suggestions from the public. This is only a draft document and the contents will be refined several more times before the full CAP is written and circulated widely for public feedback.

The Goals and Targets list (view here) was developed in a similar manner but paid special attention to climate commitments already made by the City, and to existing emissions targets at the regional or King County level.

With current staffing and funding resources, it will not be possible to tackle all Strategies and Actions at once. Therefore, in order to help readers develop their own list of suggested top priorities, the table contains columns that provide rough approximations of relative COST and relative IMPACT of each action. At this phase, the cost is ranked (low =1; high = 5) based on overall cost to implement, and could apply to the City itself or to participants. The impact is determined based on estimated GHG reduction potential or ability to improve resilience to climate changes and extreme events (low potential = 1; high potential = 5). More extensive and robust return-on-investment (ROI) analysis may be attempted later in the CAP process to help prioritize the exact shortlist of actions for Year 1 and Year 2 early implementation.

The public is invited to submit comments on these two documents using our online feedback form. The full City Council will discuss these draft Strategies and Actions, view an analysis of the City’s emissions status, and assess initial public feedback to date, at its July 19 Regular Meeting.

Later this summer, the City will also be launching a statistically significant survey of the entire community to acquire feedback on the level of support for proposed Strategies and Actions. Thank you in advance for your comments and we look forward to ongoing public input as this information becomes more refined.