Snow began falling December 25, dropping 4-6 inches throughout the region and staying on the ground as both snow and ice through January 4. 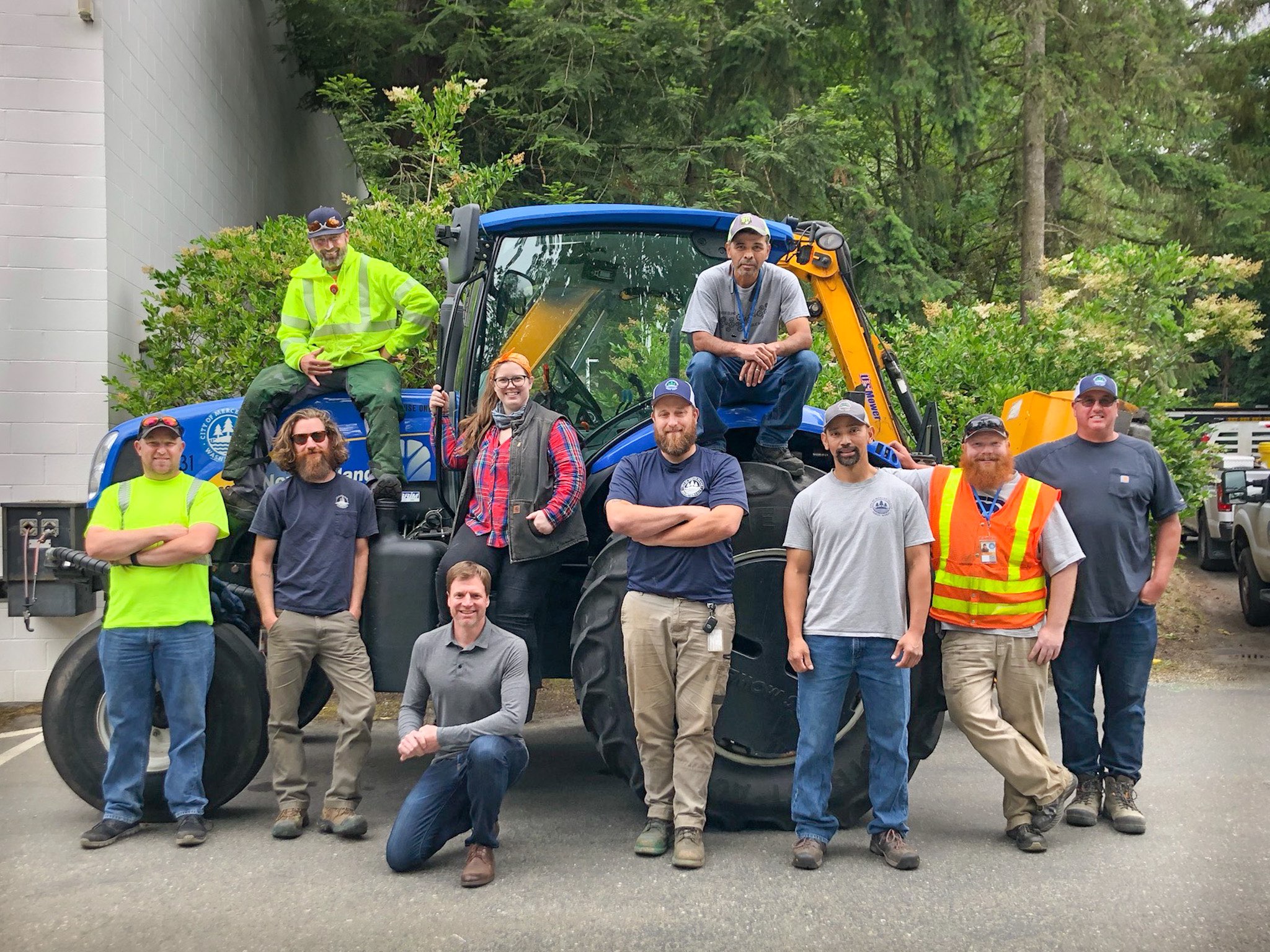 The City's Public Works crews were ready for the snow - ensuring supplies were fully stocked, plows and trucks were ready to go, and pretreating roads ahead of the first flakes on December 25.

Crews continued to treat and monitor the Island’s public roadways through the first icy days of January.

The snow events, followed by prolonged low temperatures, caused ice to bond with the roadway in many places. Crews used both rubber and metal edge plows on these compacted ice areas.

Liquid deicer was used to pre-treat roads prior to the two significant snowfall events as well as provide spot treatments for icy areas throughout the first few days of January.

In addition to treating and clearing roads of snow and ice for eleven days straight, the Public Works team:

Staff made sure that sand, road salt, and liquid deicer were stocked at full storage capacity in advance of the storm system. Throughout the week of December 27, the team dedicated one City dump truck and staff member to haul salt from the Seattle shipyard to ensure that supplies were stocked.

Despite lower staffing due to holiday schedules, the Public Works on-duty team worked long hours to ensure roads were plowed and treated regularly. Our thanks to the Public Works team and first responders who worked around the clock to keep Mercer Island streets safe!

Due to inclement weather, Recology canceled service region-wide the week of December 27, resuming regular service the week of January 3.

The City arranged for a temporary drop-off site at Homestead Park, Tuesday (1/4) through Thursday (1/6) for affected customers. Affected customers are also permitted to put out the equivalent of their missed services due to canceled collections from inclement weather. Extra garbage should be placed in plastic bags and set next to your garbage cart.