On July 30, the City of Mercer Island closed Groveland Beach Park to the public, including the parking lot and dock, until further notice. 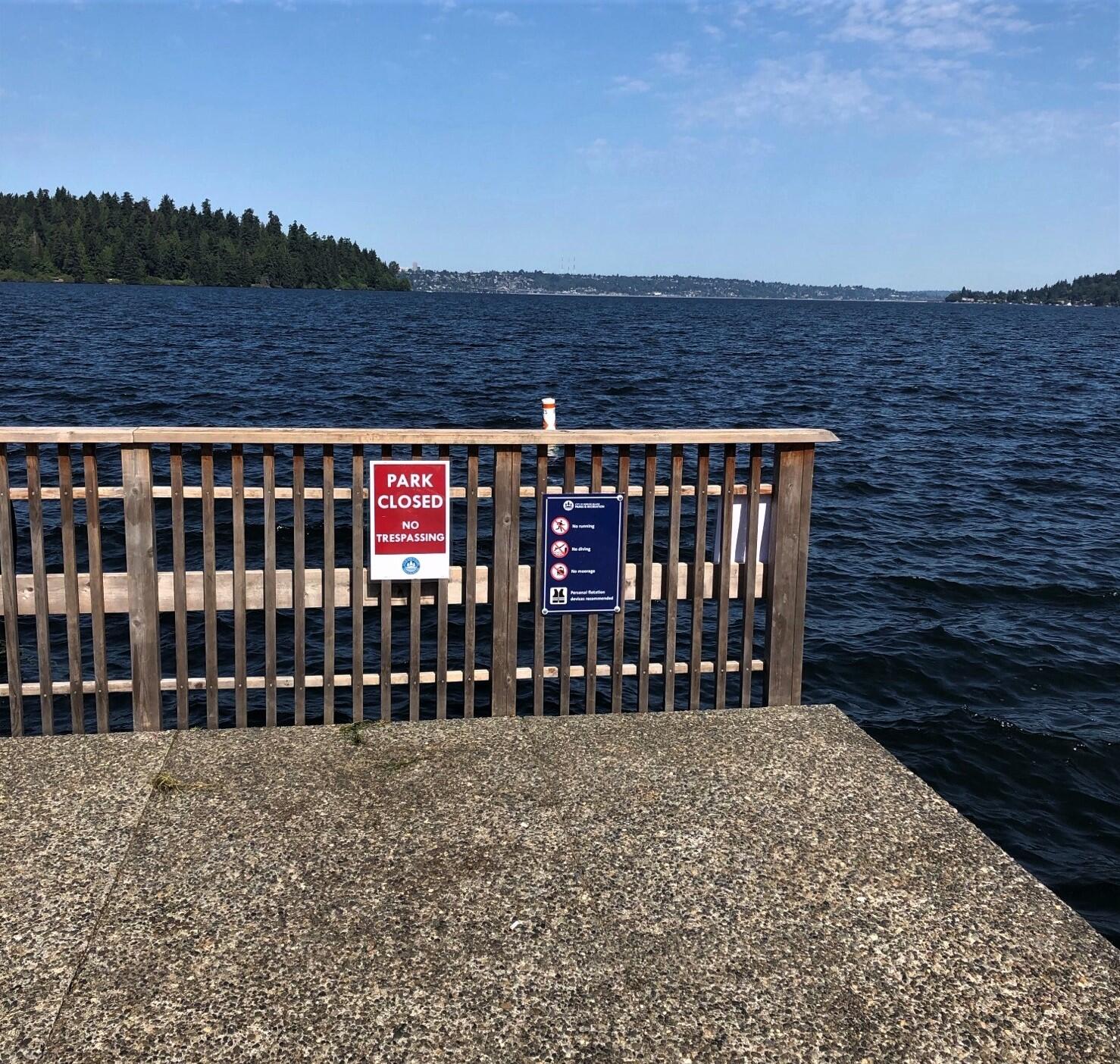 This difficult decision is intended to minimize the frequent large gatherings that have been occurring at the park for several weeks.

Despite extensive City outreach efforts -- notices via City social media platforms, update at the 7/21 Council Meeting, park signage, and staff connecting with park patrons -- many patrons at Groveland Beach Park have not complied with social distancing requirements, the statewide mask mandate, or adhered to the group size limit, which is currently 5 people or fewer in King County.

Staff blocked the parking lot and placed fencing at the entrance to the park. Electronic message boards have been stationed on the street leading into Groveland Park to help reduce potential traffic congestion.

“We know how much people enjoy getting outdoors in the hot weather and need opportunities to safely recreate,” said City Manager Jessi Bon. “But after weeks of education, mask distribution, signage, and warnings about crowding at Groveland Beach Park, this was our only option remaining to protect public safety. The pandemic is still very much underway.” 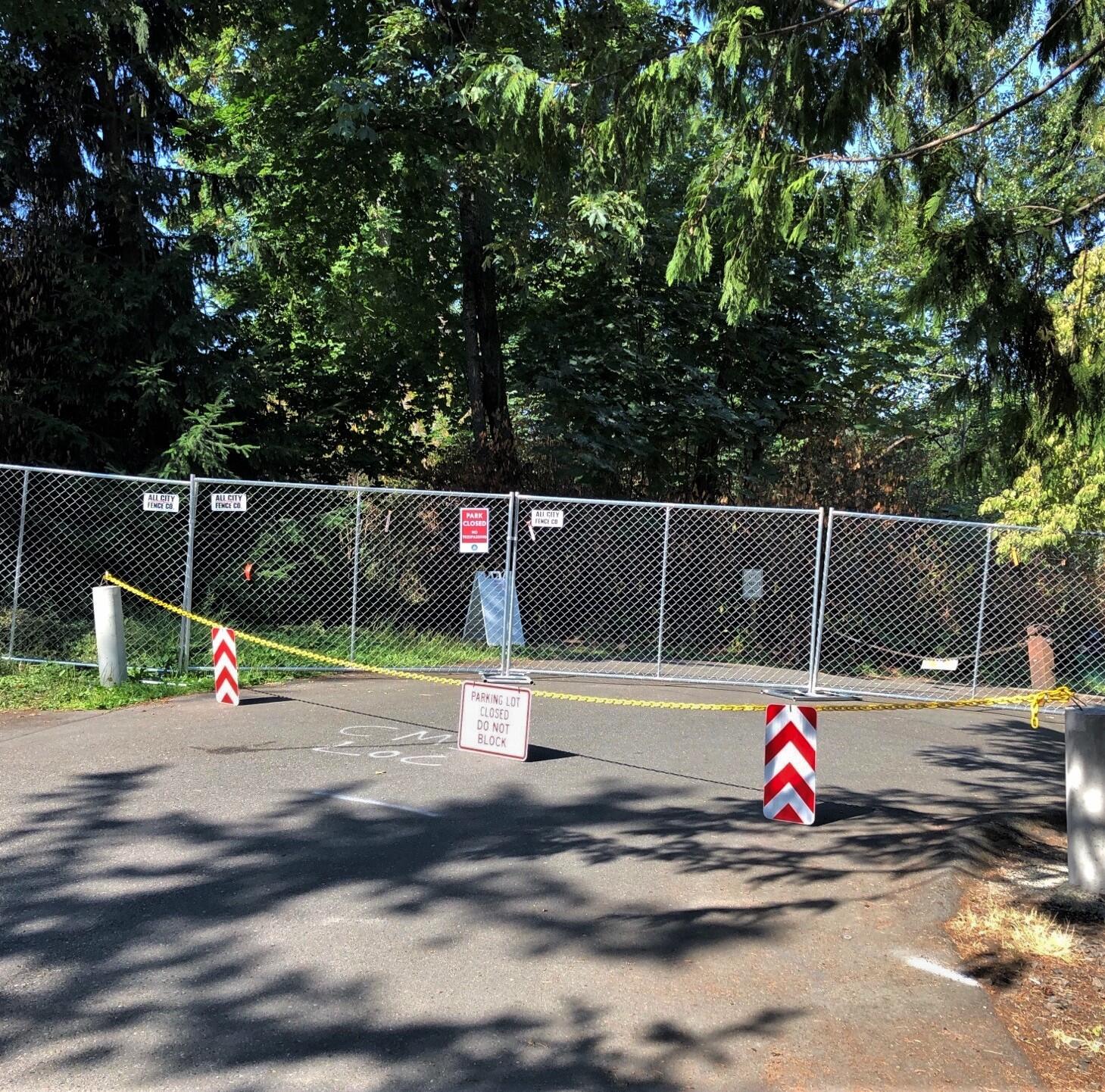 Excessive park use was also leading to parking lot overflows into adjacent neighborhoods and dangerous conditions for cyclists and pedestrians. The situation was requiring additional patrols by the Mercer Island Police Department, drawing officers away from other work.

Significant amounts of trash were also straining very limited parks maintenance staffing. We could use your help! Pack out your garbage and bring an extra garbage bag to help pick up any trash items someone else may have left behind.

Most park amenities elsewhere on Mercer Island remain open. The City asks all park patrons to comply with social distancing and mask rules, pack out picnic garbage, and consider exploring our lesser-known park locations. Details on what’s open can also be found at: www.mercerisland.gov/PlaySafe 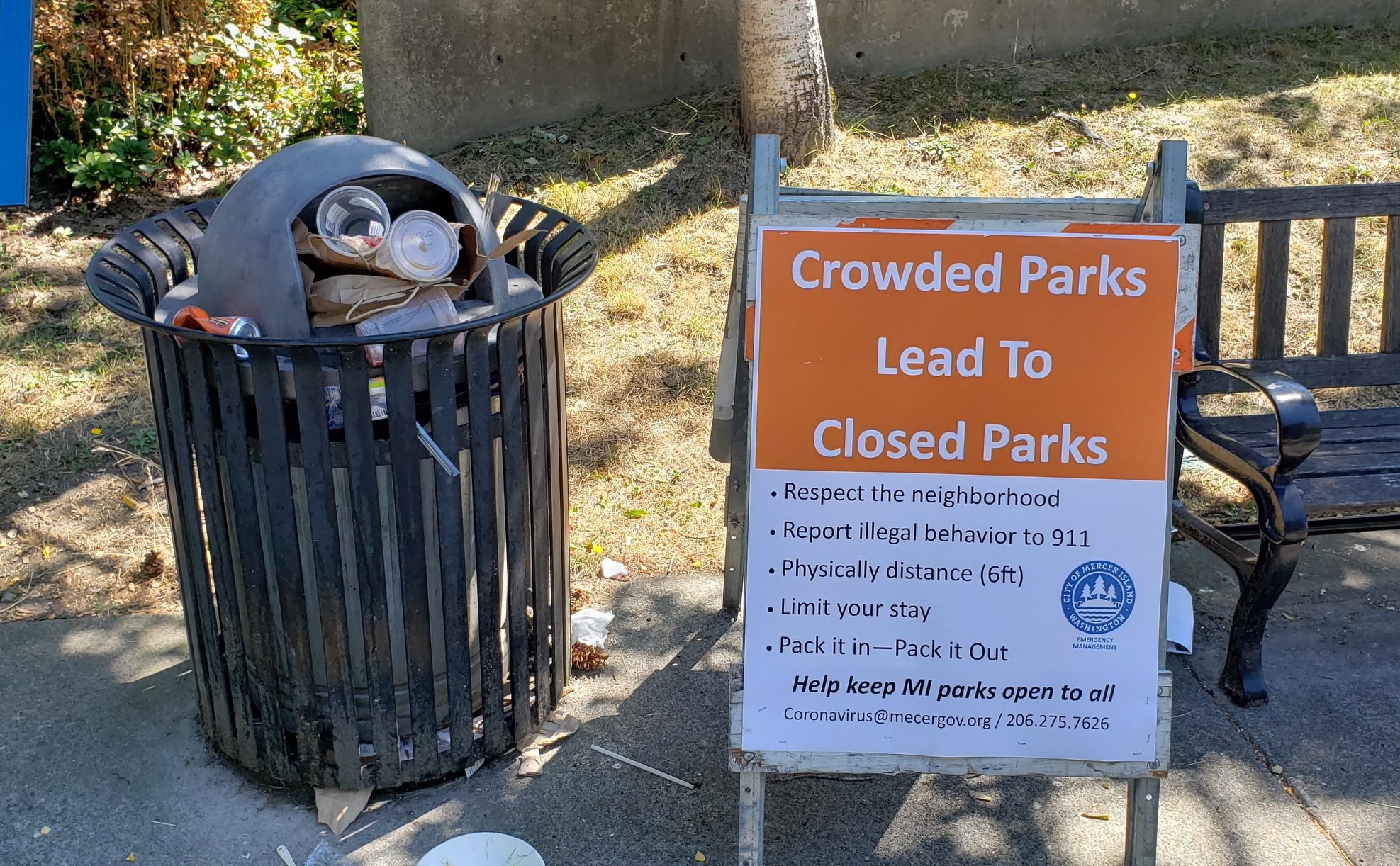