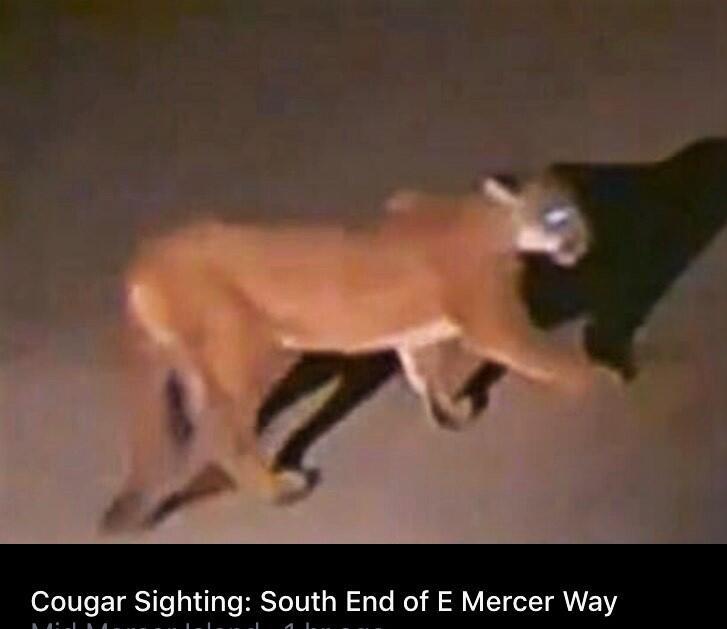 On Monday, August 5, the Mercer Island Police Department (MIPD) was alerted to a cougar prowling overnight in the vicinity of Pioneer Park, and it was observed clearly on security camera footage at approximately 6400 East Mercer Way before dawn (see photo).

Since that time, the State Department of Fish and Wildlife (WDFW) and MIPD have received a handful of calls about additional cougar sightings. The latest sighting occurred at 11:00pm on Monday, August 12 in the 7600 block of West Mercer Way on south end of the Island.

Learn more about cougars in Washington from WDFW.